, you may recall Tom Smykowski becoming flustered when describing his job to “the Bobs”.Â  Initially, his job description sounds like some kind of business or technical analyst,Â  then degrades to courier between the engineer and the customers, and finally, you realize that he’s not even the courier–his secretary is.

How often do you deal with a situation like this:

Getting everything signed in triplicate doesn’t really protect us from ourselves.Â  It just makes those of us doing the actual leg work along the way more frantic and careless about trying to get things done with the added bureaucracy and fixed time to complete tasks.

When the added time required to get something done greatly exceeds the potential time spent undoing whatever mistake can be made, something is wrong.Â  I understand the use of gatekeepers, but gatekeepers who do none of the analysis of the problem have no vested interest in guarding the gate.Â  They have fingers to point elsewhere, and at least until the first catastrophe happens, they may just rely on that backup plan. 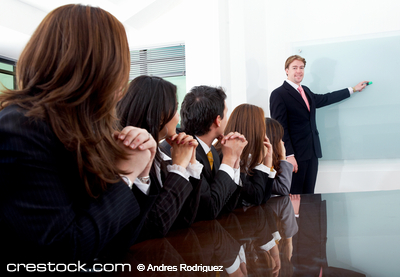 Everyone’s favorite meeting is the meeting to prepare for a meeting. It’s like a double tax on your already overtaxed time.
When our work is behind schedule, and someone calls a meeting to discussÂ creative ways to get back on track, why does our team need a meeting to prepareÂ for that meeting? Â Because it’s not about creative solutions, that’s why. Â It’sÂ about agreeing on who we can blame for sucking worse than we do.
And when the project is done and the project manager schedules a “Lessons Learned” meeting,Â why does our team need a meeting to prepare for that? Â You guessed it … it’sÂ not about the lessons learned. Â It’s about being prepared to deflect allÂ criticism and prove that everyone else on the project sucked worse than we did.Â Thanks, but I’d rather have my time back, so I can do more and suck less!
Here’s the point: Â meetings to prepare for meetings always contribute to theÂ suckiness of the workplace. Without them, people would have more time to doÂ real work, and could actually have real discussions in the real meetings. Â SoÂ please, stop double taxing my time.
Hmmm… reminds me of the Types of Meetings.