Your rivals and managers in the office are playing a clockwatching game with you. Among their tools are:

These things cannot be used in your favor so much as having interference run against them.

By the way, if you’re using this to slack off, your lack of productivity will ultimately be found out, you scoundrel.

Halfway through the project, one of the “customers” decides to pay attention during a review of minor specification update. Interestingly enough, the customer doesn’t pay attention to the relatively minor changes that you’re pointing out. Instead, the customer decides to focus on wording in the first few lines of the first page of the document [cue the rant about extensive specifications being too long to be useful].

“That’s not how our business works,” the customer says, pointing to the wording that has been in the document since the very first drafts.

“That’s how the system was designed, and how your counterparts everywhere else in the company do theirs.” Yeah, the “everybody else is doing it”-style reasoning. That wins over customers about as well as it did parents when you were little.

Cue a restart of the entire project.

Months later, you’re far beyond the possibility of making your original timelines, but effectively, you’ve done all the work you can do. The solution? You’re asked come in to work the weekend to make a good show of demonstrating that you’re doing everything you can to finish the project on time. In reality, you have trouble finding administrative tasks to do, yet, you come in every weekend for several weeks under the premise that making the political statement of being there is going to somehow offset the project delay itself.

Meanwhile, you’re burning yourself out before the next project even begins. 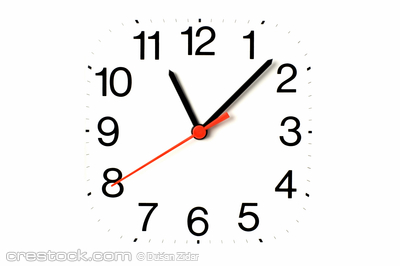 I understand that many professions have billable hours.  Lawyers, accountants, and consultants in general need a way of quantifying slices of time in order to request payment from their many clients.

If you’re part of a business who primarily consults with clients, then I understand the direct link between logging time and receiving payment.

However, if you’re part of an internal organization that performs a standard function servicing thousands of internal clients who in turn serve internal clients themselves, tracking and categorizing time may be splitting hairs and counterproductive.  Should a timesheet really take an hour to fill out?  Should we really break down what kind of work and who we did it for on a time sheet?

Apparently filling in 40 hours per week is not acceptable effort in filling in the time sheet.  Are we really talking about “time sheet effort” or work hours here?  I don’t really consider it consequential that I worked 8.25 hours on Monday and 8.75 on Thursday.  If the purpose is to indicate when someone is working too many hours, I think it would be more important to actually talk to the employees directly.  If I’m feeling passionate about a particular project, if would feel that it’s counterproductive to tell me to stop work on it because I’ve worked too many hours.

Also, how am I supposed to classify “making coffee” and “deleting 2 MB internal bulk email items”?  If we are to assume that 40 hours of productive time occurred, I’m not certain that there would be enough hours in the day to fill those.

It’s also suspect that every week logged must be over 40 hours per week when hourly employees are not allowed to log 40.25 hours in a week without permission.  This indicates that it’s more a question of how much value [hours] the organization is getting out of an employee for the pay given.

What it says to me is that you, perhaps, don’t know what you’re doing.

As Jason Fried of 37Signals suggests, Fire the workaholics.

I’m worried about the clean-up effort that will result from your hard work.