(No, this isn’t a paid advertisement, unless they decide to pay after the fact.)

Ever have one of those tasks on your computer that you feel like you could get a robot to do? I found thatÂ AutoHotkeyÂ works well for this purpose.

You can record tasks in specific windows that you have open and have them repeat the next time you need them. Â Recording tracks mouse clicks and keyboard presses and records them to a readable script file. Â You can then edit the generated script and add delays.

This sometimes proves useful when you have to set up detailed time sheets through a slow interface. Â You can record what you need, press the button, and let things go.

No, not offensive email that will get you in trouble with HR, just with the recipients of your emails who already have enough bloat in their inboxes.

Read receipts can be obnoxious. Outlook’s handling of them can be equally obnoxious.

I curiously received a read receipt in Outlook when I scheduled a meeting, that meeting was forwarded by a invitee of the meeting, and the recipient of the forward accepted.

Why, Outlook? Why? I don’t want read receipts. I don’t want a read receipt for every recipient of the 100 emails I sent last week. I have enough time balancing between my inbox quota and keeping the necessary emails on the server so that I can access them remotely.

Of course, after seeing the read receipt, I was curious how many people I’m sending read receipts to and not knowing it–so I turned on the option to “Ask me before sending a response” to read receipt requests:

I wonder if it sends a read receipt when I’ve read someone’s “Out of Office” message. I wouldn’t be surprised.

A fun game to play when you have a completely unmanageable inbox is to start replying to long email threads that you were included on but never participated in. It helps if the administrators of your mail system allow messages to stick around for about 3 months–usually long enough to potentially impact a decision, but way too late to do so without tremendous cost.

The key is to remain inconspicuous about your trolling. You must raise legitimate concerns, but not be too adamant about decisions being changed. The best policy is to plant little nagging doubts in everyone’s minds, then walk away.

Start with the oldest threads first, resurrecting them in mid-discussion, then sit back and watch the discussion re-ignite.

Repeat in sequence with newer threads in your inbox once the entertainment value of the current thread dies away. 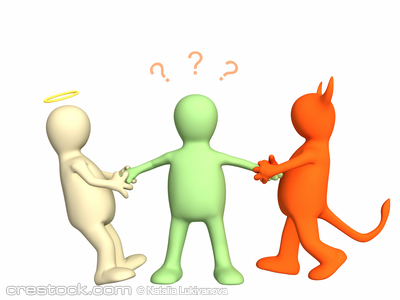 I have my list of things to do. I’m right in the middle of wrapping one thing up, when *ping*. Â A blinking notification on the task bar of my Windows machine, and a pop-up preview of a “yt?” message.

Gah. Â I’d like to ignore the message, but then, that just means that Outlook will consider this a missed conversation and send it to me in an email. Either way, I’m marked away from my desk–unthinkable that that should happen at any point between 11am and 1pm. Â Apparently, for impromptu instant messages, this is the time range in which senders figure they’re most likely to get a response, much like telemarketers at dinner time.

Back to reality… Â I decide to respond, because it’s rude to not respond to a flashing notification and a “ding” noise.

The sender’s response is a simple question, which requires me to temporarily abandon the half-completed email that I was composing, and search my inbox for a message that answers the question. Â This takes 15 minutes, because I eventually have to resort to sorting by sender, by conversation, by date, by size to find what should have been fairly easy to conduct a simple search on. Â Question answered, and I forward the email that describes the answer in great detail.

I then take 5 minutes to regroup, and begin to focus on my next task. Â 20 minutes into that task, another impromptu instant message with similar results.

Fast forward to the end of the day: Â I have 3 half-completed documents and 5 draft emails composed, and now, I can’t shut down my computer without dealing with them.

I guess I could’ve went the day with “do not disturb” on, but then people not nearby in the office would have assumed that I was out of the office and not working, which is fine until people start assuming that I’m never in the office.

Ok, maybe instant messenger isn’t the devil, but a stalker or overbearing significant other.

Renegade HR:Â  The Folly of Powerpoint

I truly think that bad and misused PowerPoint is a symptom of a bigger problem:Â  either lack of intrinsic understanding of what you’re talking about or lack of writing skills.Â  Maybe you even have both problems.

The same goes for long-winded white papers.Â  At least in the case of the white paper, the individual circumstances of your audience are an unknown, so the lack of understanding on at least one side is understandable.Â  Ultimately, however, if you are defining what the problem is and how to solve it, you should have the depth of understanding to break down your message into very simple terms.

Which brings me back to PowerPoint:Â  If you are presenting on a topic in which you don’t have a strong enough understanding of the topic to put less than 100 words [YIKES!] on each slide, you probably shouldn’t be presenting on the topic.

Every one of the four tips mentioned in the post (tell stories, stop using bullets, stop using words, go naked) only works if you have enough understanding of your topic to let go of your slide show.

I have doubts about this concept of using double-sided copy as the default on copying. I realize that I don’t do 50-copy jobs or copy stacks of 100 sheets of paper, but I seem to always throw away twice as much paper as I originally planned on using. Judging by the recycling bin next to the copier, I’m not alone.

The larger problem for the environment is the possibility that most of probably don’t need to be making copies of most of this stuff in the first place. Â There are much better ways of sharing 10-50 copies of a document in this century than making printed copies–even if they are double-sided.

I have a better idea for a green initiative: Put the copying machines in one place in the building, and not next to every 50 cubicles. Cut the number of available machines in half [or less]. Â If someone truly needs to do a large copy job, they’ll make the trip to the copy room. For the rest of us, we’ll think twice about making the copies in the first place. 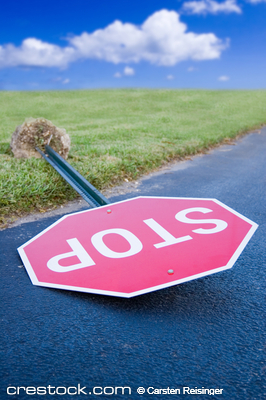 Apparently, there is dangerous stuff out there online.Â  Individuals are writing these subversive things called “blog posts”.Â  Word is, that if an employee of our company comes across one, all productivity ceases.

Unfortunately, much of the current or obscure information that I’m looking for online happens to be in either forums or blog posts.Â  I’ve heard these “internet forums” are dangerous, too.

There’s nothing more frustrating than finding the solution to a specific problem I’m having by doing a search, only to find the article which contains the answer is blocked because it’s on a “blog”.

This approach is tremendously effective in preventing me from wasting time of course, considering that I can pull up all those awful “blog posts” on my smartphone.Â  Of course, if I’m trying to actual bring up useful page, I have to view it on a 3.5″ screen.